Do you need a barbershop quartet to entertain in Melbourne or even further afield?

The Melbournaires are proud to host several barbershop quartets which are often featured in Melbournaires performances, and perform on their own for private parties, social and business events, and other special occasions as well as competing in BHA contests. Our quartets are:

Information about each of our quartets and their contact details can be found below. Consider hiring a Barbershop Quartet to provide entertainment at your next special event. They're guaranteed to be a crowd-pleaser, and you can rest assured that they'll provide quality entertainment your whole family can enjoy.

Singing in a quartet is one of life's greatest pleasures. Would you believe we've known members who have forgone a football match just to spend more time in a musical foursome! It's a totally different experience from singing in a chorus - the same music, but no safety net! What's more, you'll find that you have more in common with the other three guys than matching socks; the experiences you share while interpreting a song lyric, tuning the chords to perfection, and giving all during a performance will form a bond of friendship and mutual respect that knows no equal. 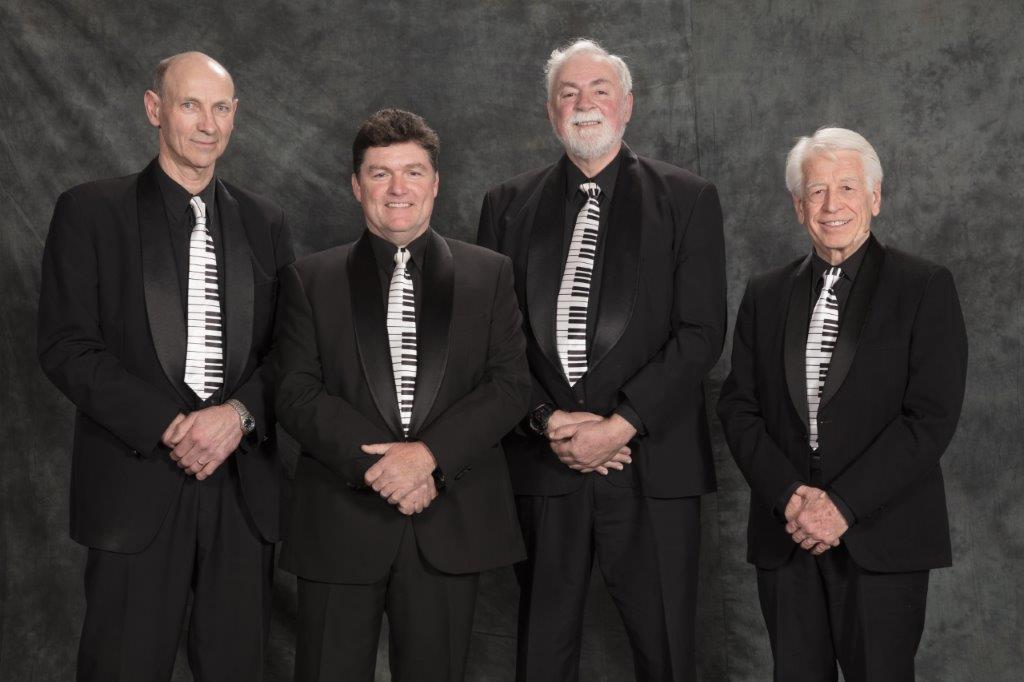 Boardwalk is a male a cappella quartet singing mainly in the Barbershop style.
Our highest ranking was winning the silver medal in the seniors at the 2019 annual national competition.          First formed in 2008 Boardwalk have had the pleasure of showcasing the warm and exciting sound of a barbershop quartet with many thousands of people at a huge variety of events and functions. 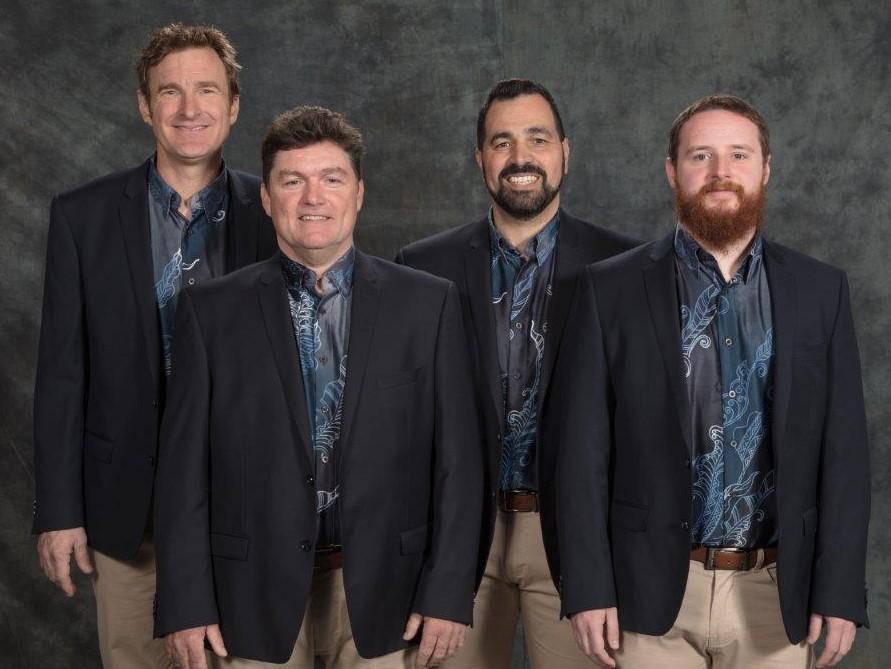 It doesn't matter if we are in a hall full of people or on our own during practice, that same spine tingle washes over us every time we sing together.
When we nail those chords in beautiful harmony it just gets the hair on the back of your neck up, we just can't get enough of it.
A recent highlight was winning gold at the 2018 victorian regional competition and then in September placing 10th at the nationals.
Left to right we are Mike, Mark, George and Darcy. 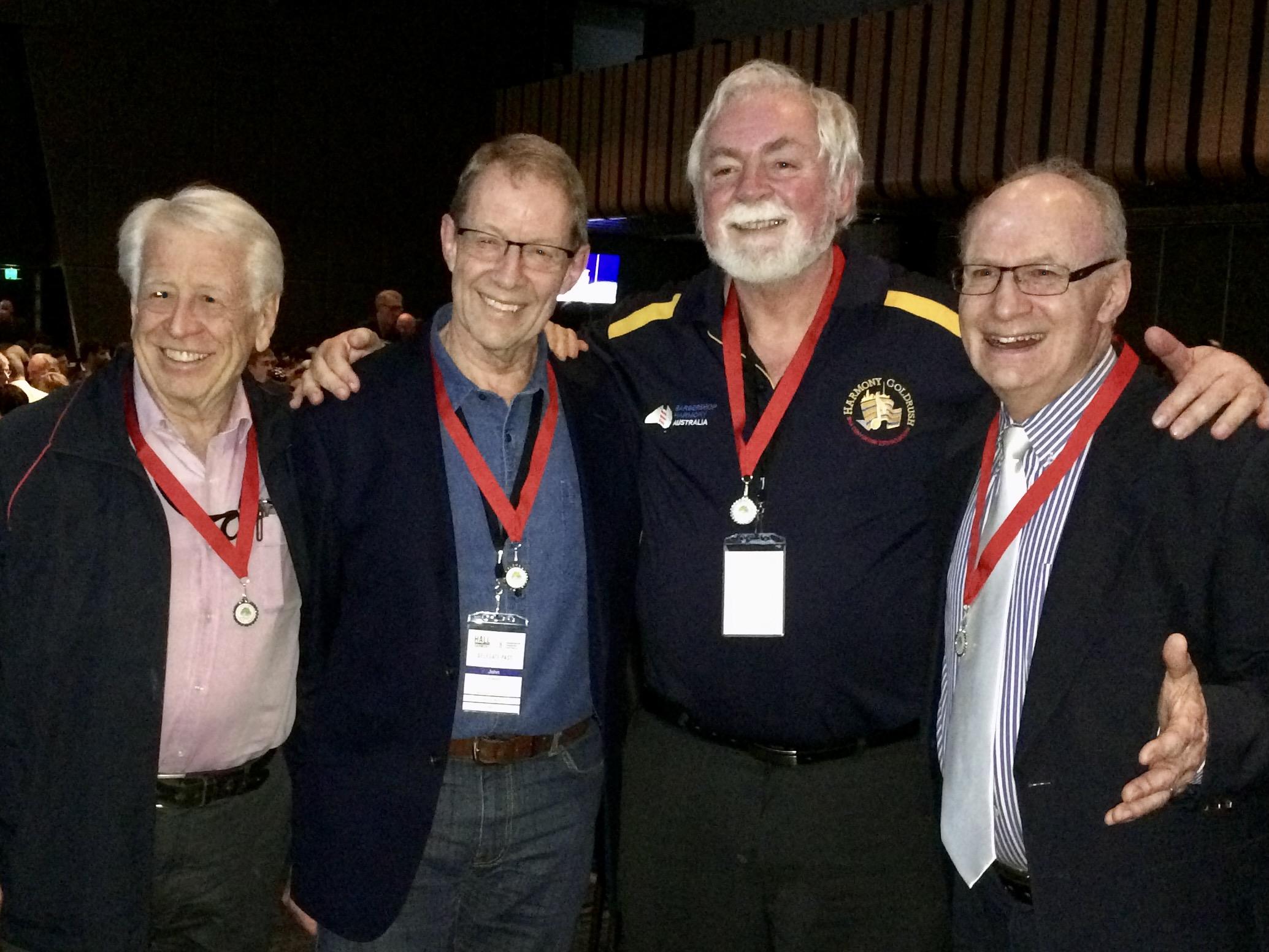 2018 For the Convention in Adelaide, Ian was unavailable, so Steve moved to Lead, John Howell joined as Bass and Peter Waterworth stepped in as Tenor during the last week or so due to lecky's unavailability. Again won the Silver medal behind Benchmark.

2015 Harmonic Motion was formed with the purpose of competing in the Senior Quartet Competition at the Barbershop Harmony Australia Convention in Melbourne in September 2015. We (Richard Fisher, Steve Carnie, Ian Lushey & Lecky Webster) won the silver medal, finishing behind Benchmark quartet from the Gold Coast.

You won't need any other act!

Formed in 2009 because we love to sing, Sound Check have a great blend of voices guaranteed to entertain! Successful performances at several East Doncaster Baptist Church fundraising functions, main act at a celebratory dinner for a Chinese Christian Newspaper Anniversary and cameo performances at Melbournaires concerts suggest Sound Check will be great entertainment at your parties, celebrations, envelope openings - any function you can think of!

Our rates are reasonable, and satisfaction is guaranteed! Call us now!

Serving the kingdom in song!

Salt is a gospel centred quartet with a repertoire of both secular and Christian songs. Salt has a vision of serving the Christian community by bringing barbershop close harmony to services and other gatherings.
Call us for a variety of gigs including community groups and churches for your entertainment.
God bless! 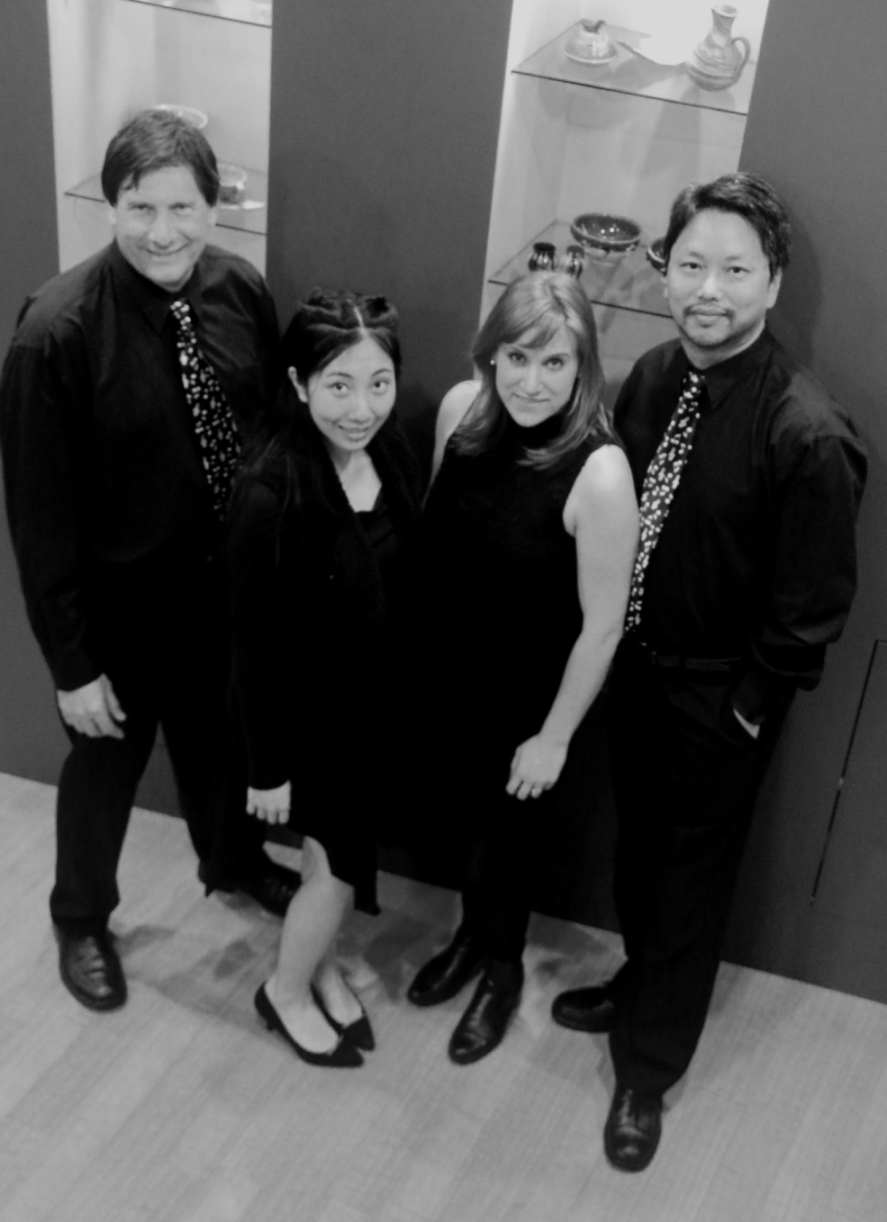 Skeeters is the first mixed quartet in our club and was formed in 2016 to compete at the BHA 2016 Mixed Quartet contest - we are really pleased with our 4th place result on the regional contest after a very short time together.

Members of Skeeters come from a large variety of musical background: from experienced Barbershopper to new Acappella singer; from international singing contest semi-finalist to music teacher. One thing we have in common is the passion for singing and to entertain our audiences.

Skeeters is in recess at the moment. 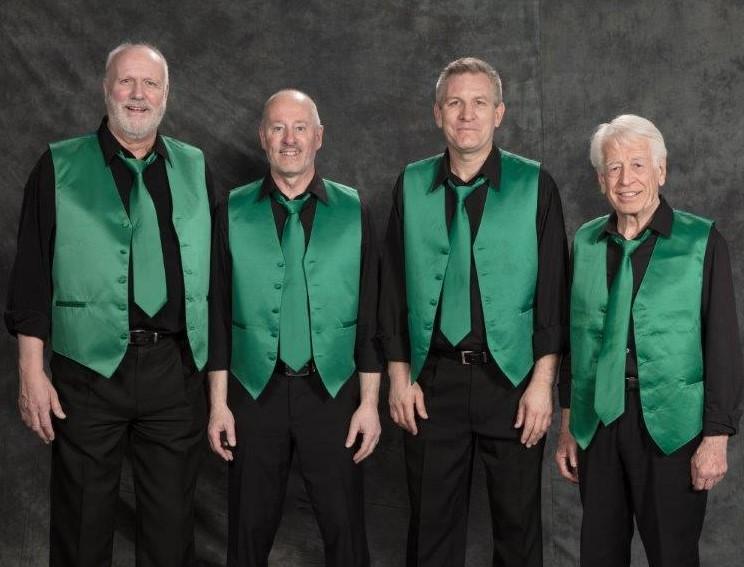